We received a call from dealer principle Tue from RTT Powersports in Blacktown advising that he was arranging a ride day for his clients at Nelsons Bay. We thought that he was going to ask if we at Boeing Trailers could assist with the event but no, his request was for a brand-new trailer.

Tue asked if Boeing Trailers could build him a trailer to carry three Jet Ski’s as they needed it to assist with the movement of the skis for race events, customer demo days and more. With our teams ‘can do’ attitude, we said we would look in to what we could do in the short time we had before the event.

The team at Boeing Trailers had a brainstorm after hours and came up with a few options, the first thoughts were that we would have to use carpet bunks to support the Jetski’s to maintain sufficient spacing between the three jetski’s. In the end, collectively the team agreed that it would be a better option if we were to make the popular roller train setup work. This would help make launching and retrieving an ease especially with the front centre ski.

After a few mock up designs using our Dual Axle Tandem Jetski trailer frame, we put the ideas before our Trailer designer, Wallace. With years of experience behind trailer design and custom manufacturing, Wallace was able to have a detailed drawing for the production team to follow. As Boeing Trailers operates in Australia, a custom project like this was nothing out of arms reach. With raw materials at the ready, our team of welders and fabricators started work. With cutting and bending the Australian steel, then prepped for the jigs and welding.

After a couple days and R&D along the way, we now had a raw steel frame and roller trailers ready to test fit. The rollers were fitted and mounted to the frame for confirmation on measurements etc. Once the team was happy, we loaded the first ski on the centre roller trains and rolled it up to the front of the trailer. Making sure that the ski cleared the side rollers and made it up to the front easily. We knew that the two rear ski’s would fit properly as it is a mirror image of our standard tandem jetski range.

The next hurdle we had to clear was the new innovative fold down winch posts for the two rear jetski’s. We completely had to redesign the way these winch posts would firstly mount, and fold sideways while retaining the strength and accessibility of our standard winch posts. The reason we designed a fold down winch post was to allow the front jetski to roll down the centre of the trailer easily without any potential damage occurring.

Again, Wallace, Boeing Trailers trailer designer was able to design and draw up a detailed drawing of the new winch posts that the team collectively thought out. The new winch post design features an upright post that now hinges on the mounting plate to allow it to fold 90 degrees to its respected side. This folding winch post was a preferred option from both RTT Powersports and the team at Boeing Trailers as it eliminates any parts being removed from the trailer. Which ultimately eliminates any key components going missing.

Once both the team at RTT Powersports and Boeing Trailers were happy, the production team disassembled the trailer and sent all the components to be hot dipped galvanised locally.

Now the trailer has been assembled and tested to ensure that this trailer is retail ready. Take a look below for detailed photos of the build process and the finished product.

Scroll to the bottom for further details about this trailer. 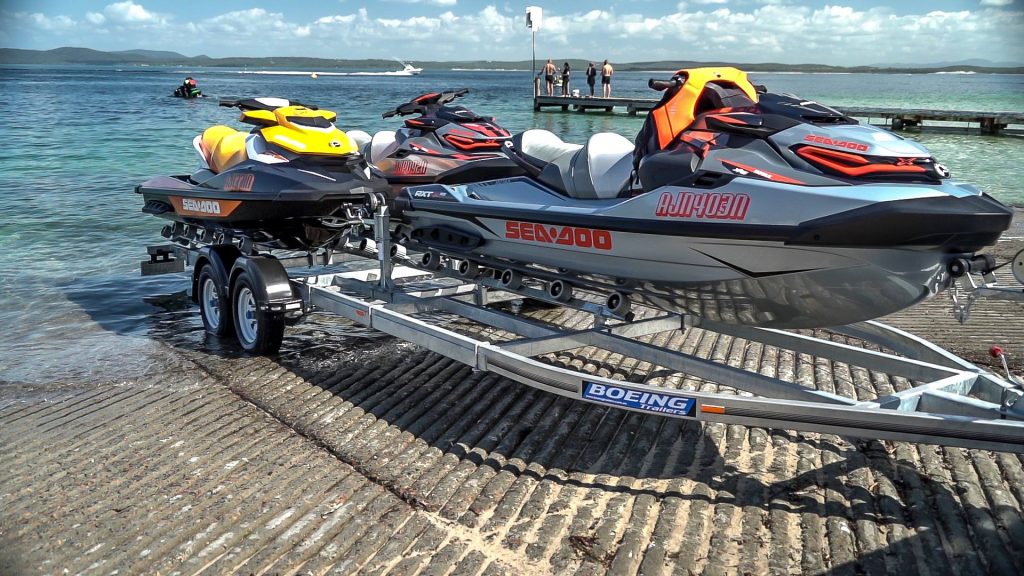 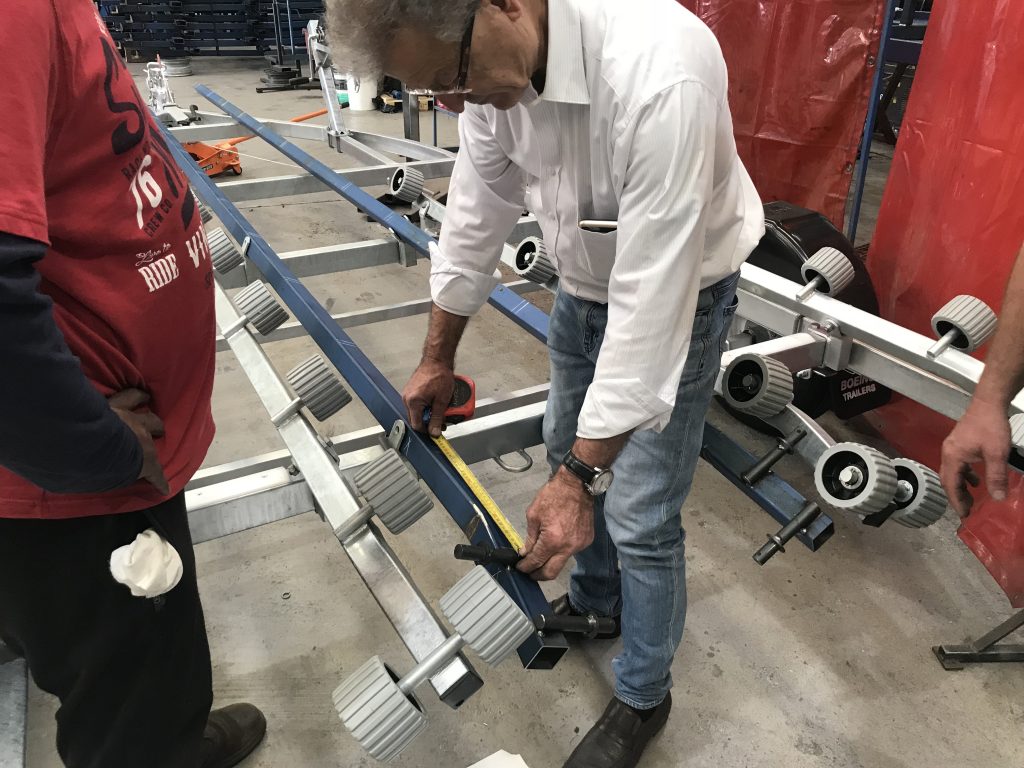 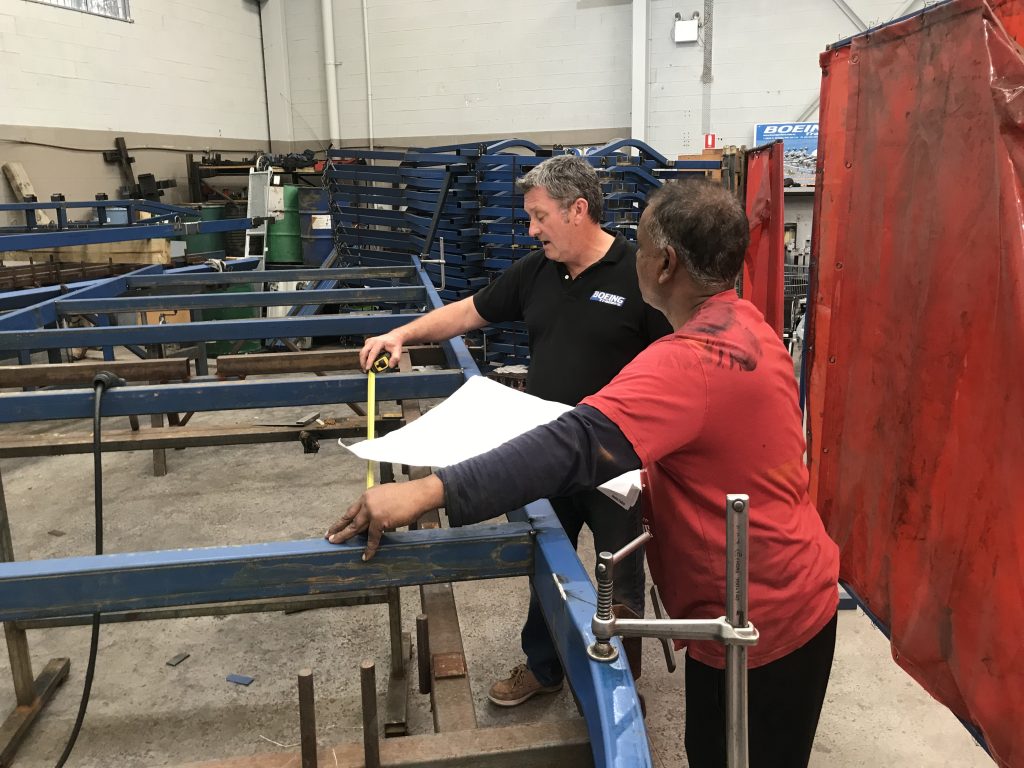 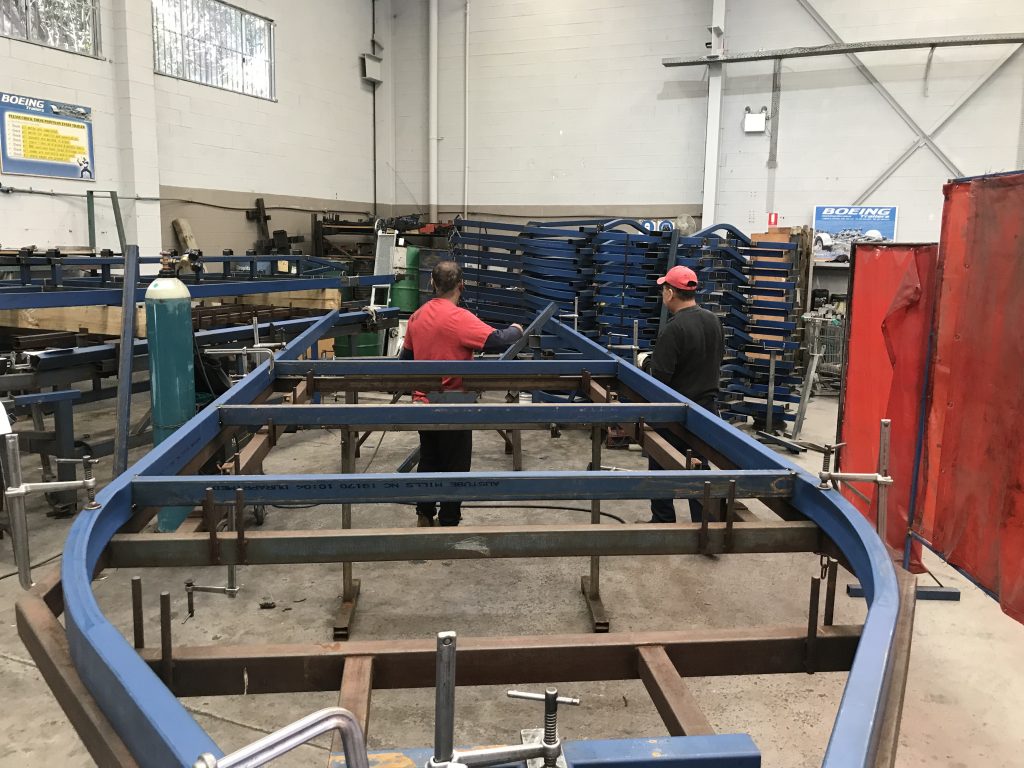 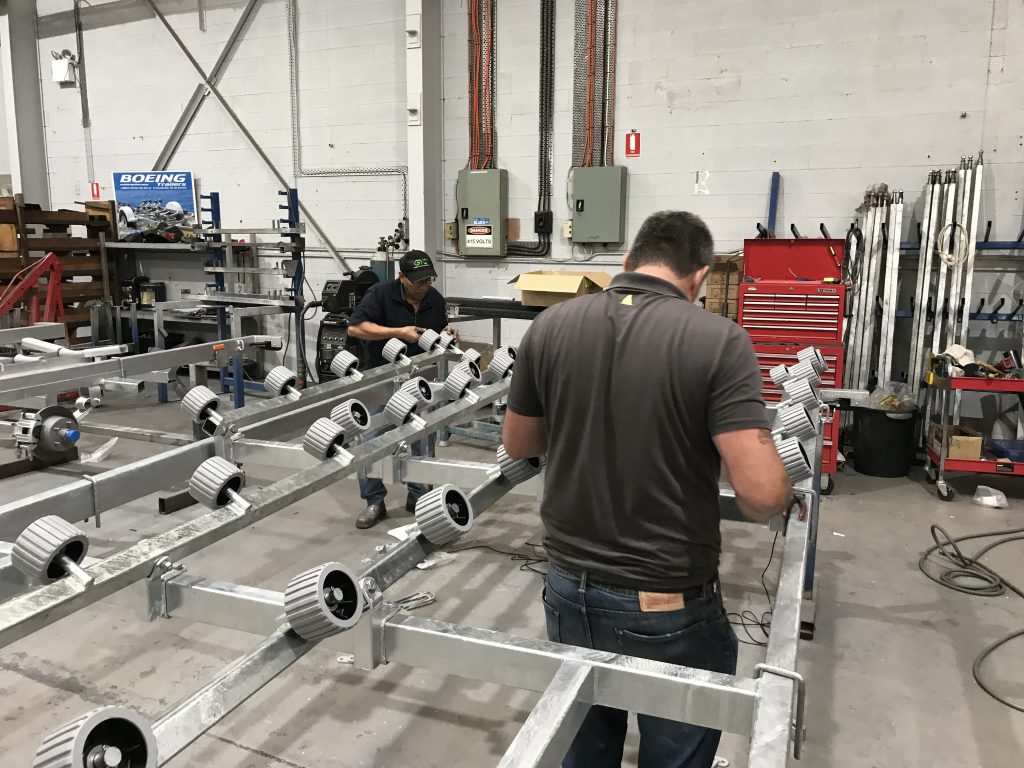 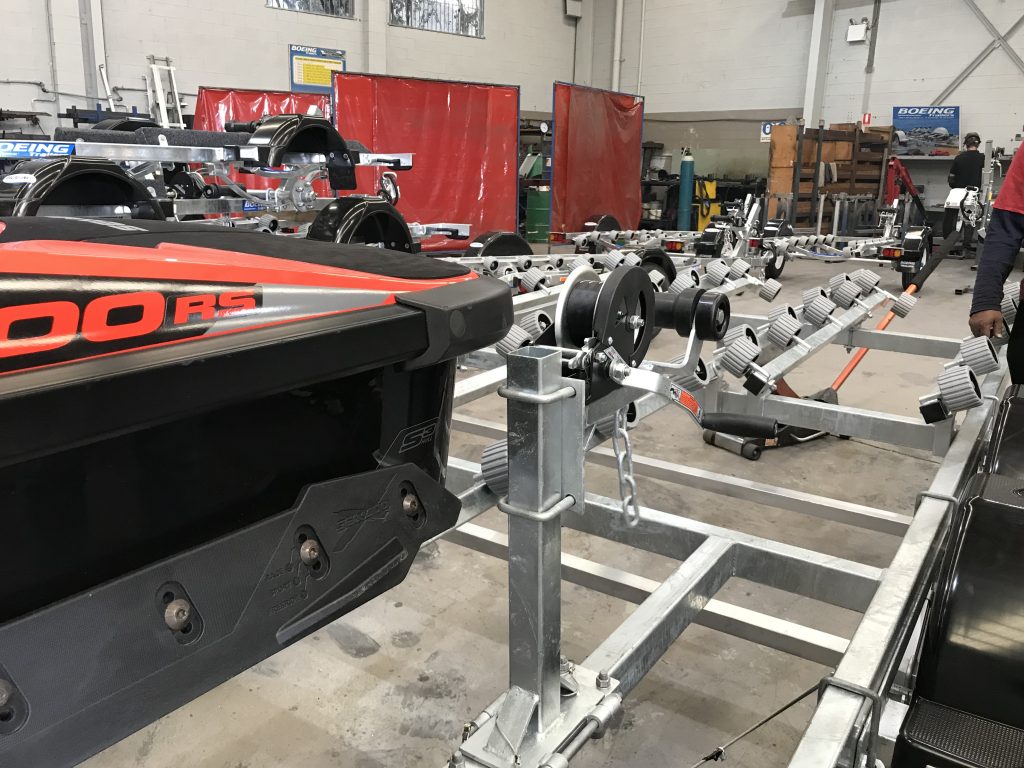 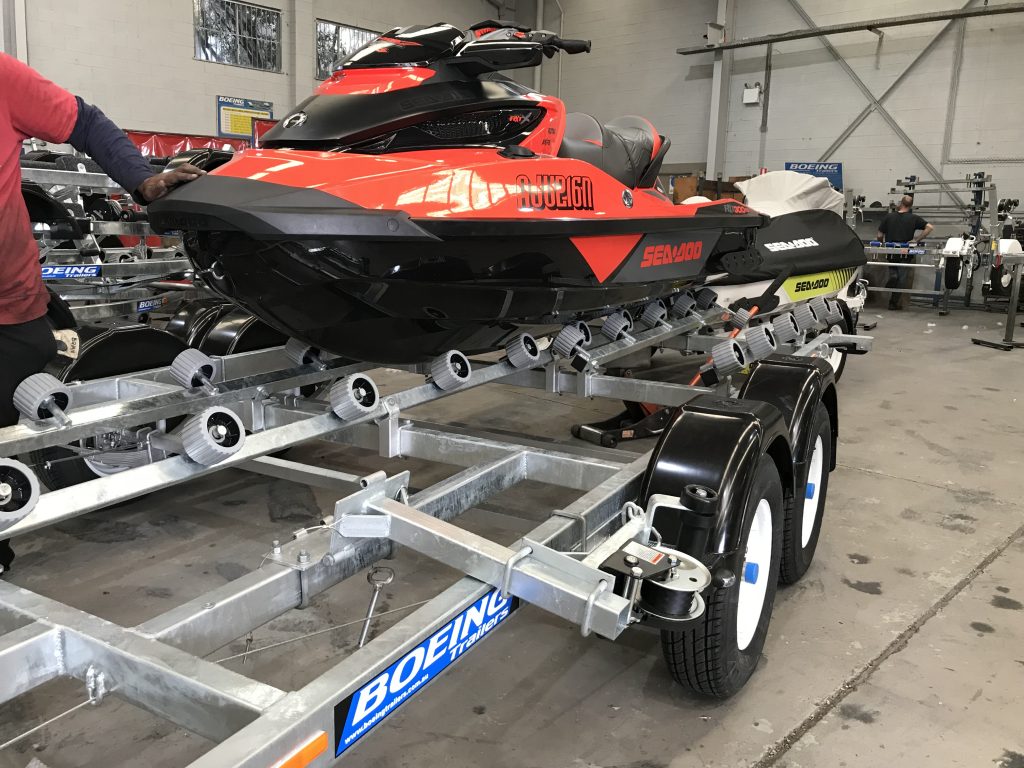 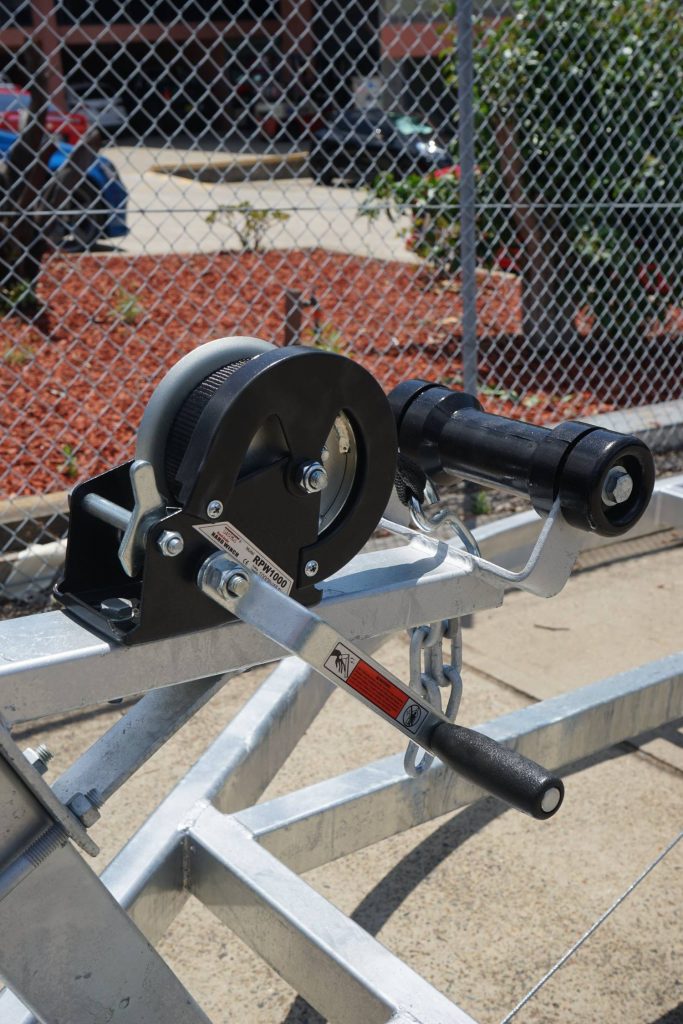 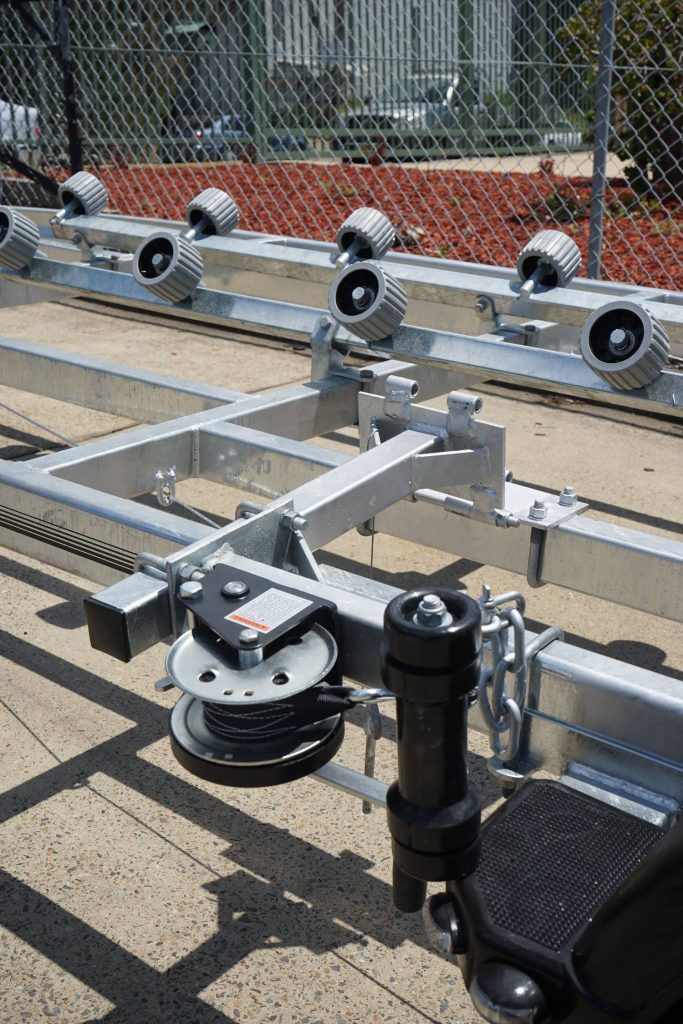 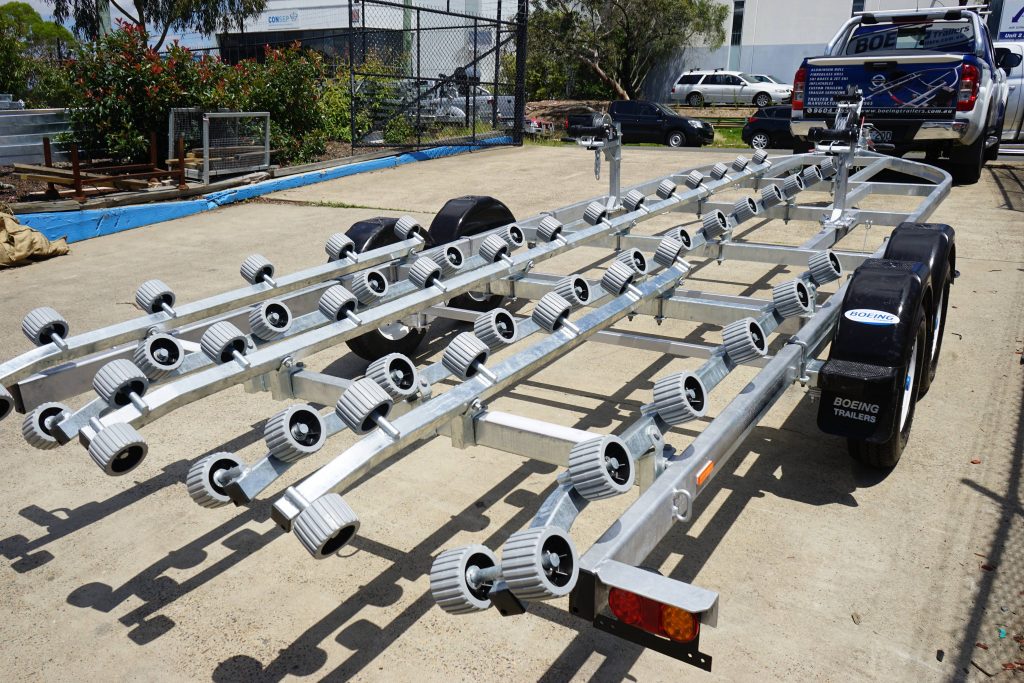 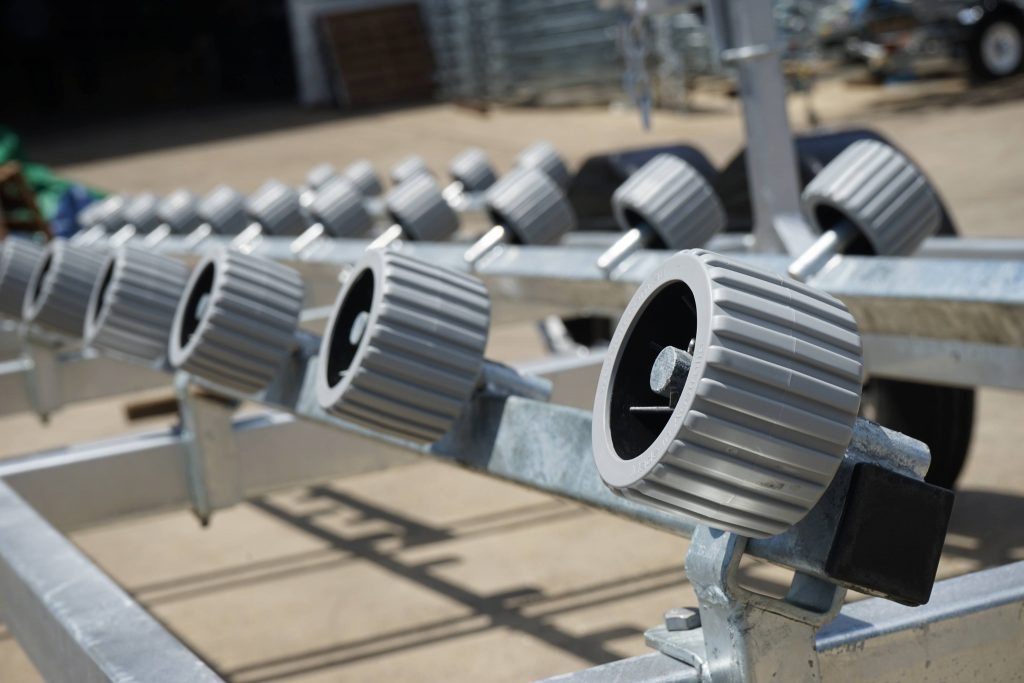 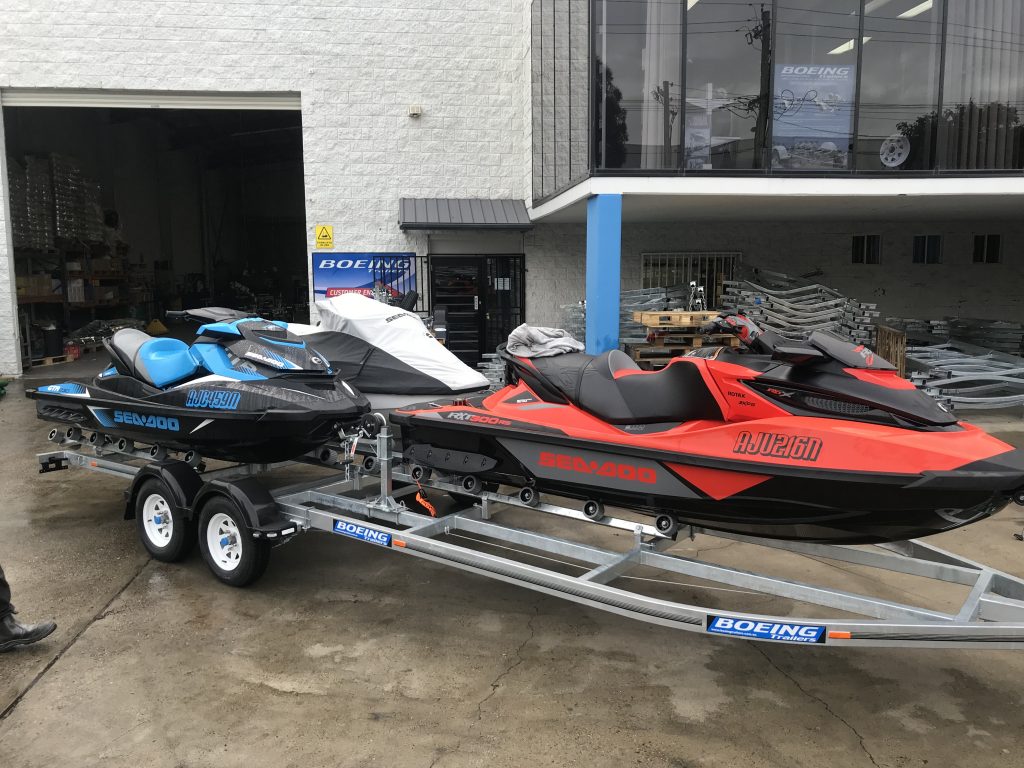 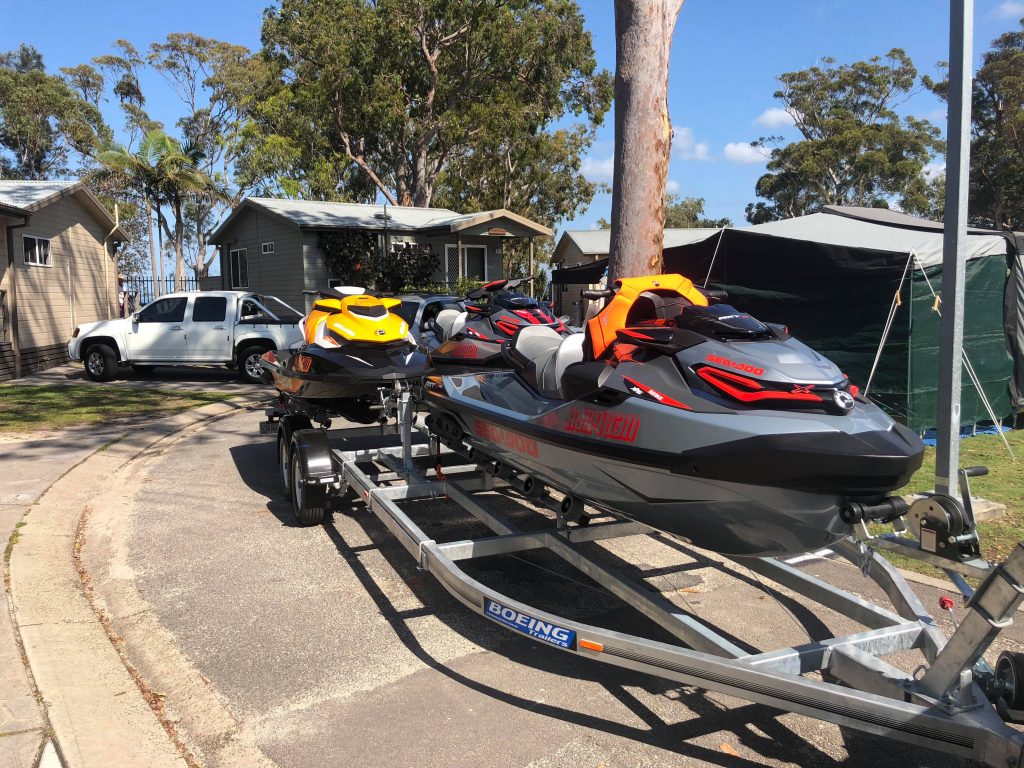 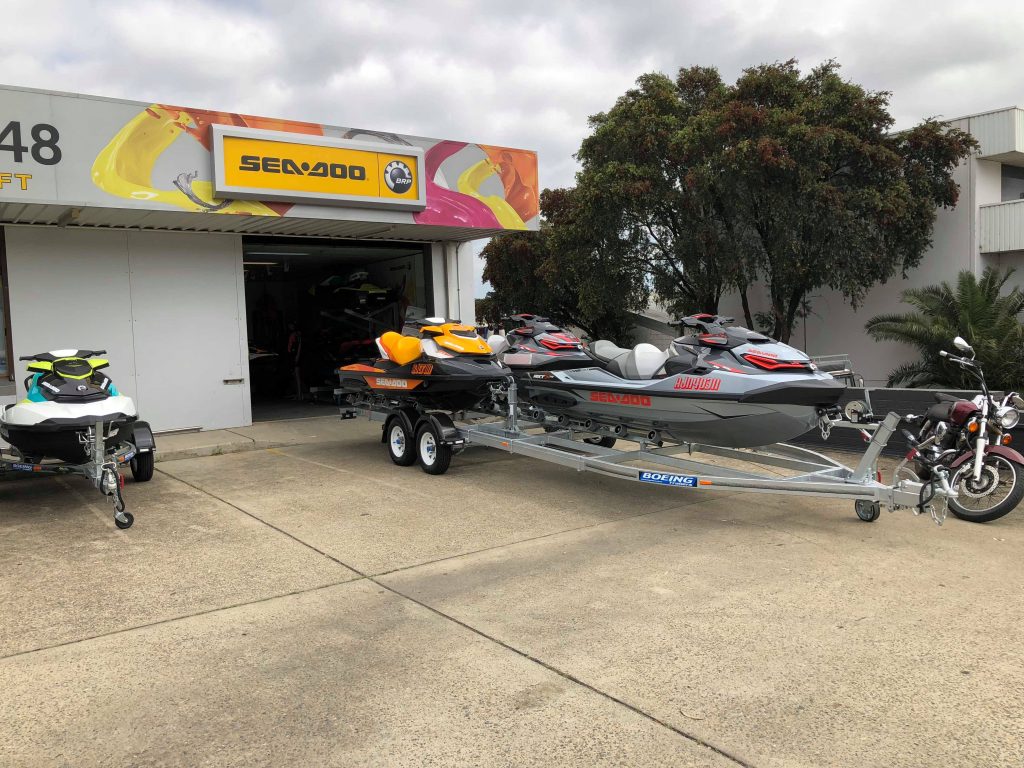 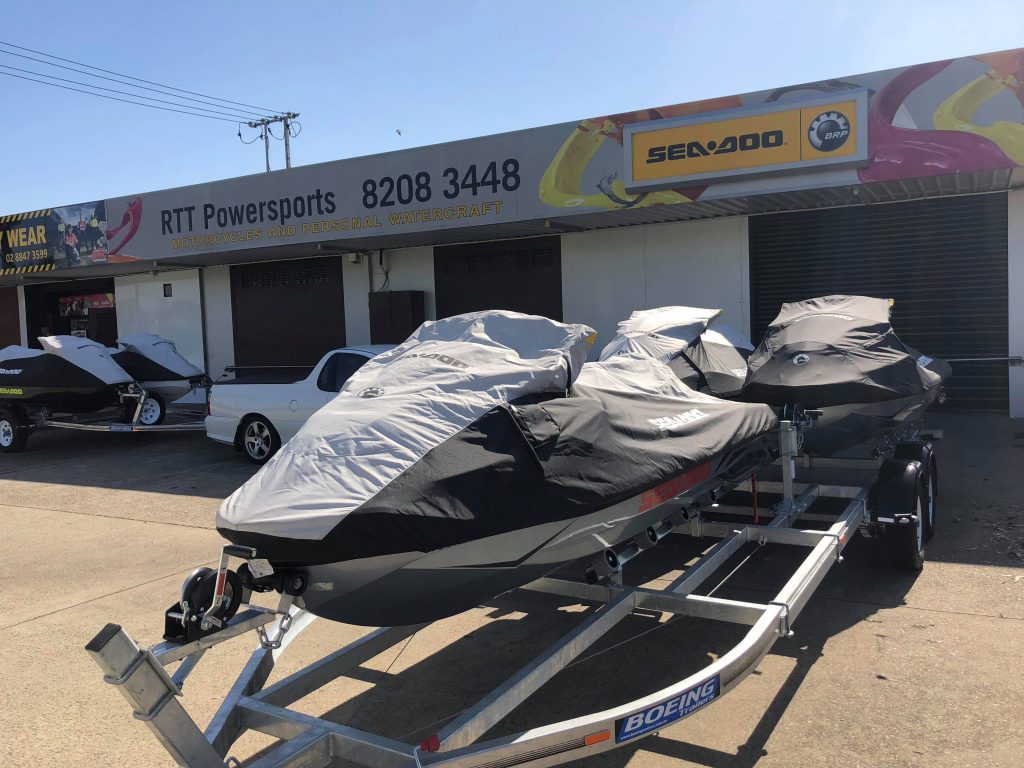